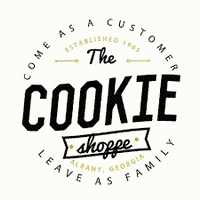 For those who knowingly and adamantly proclaim “no business will ever survive in downtown Albany,” two words.

Not convinced? Then two more.

While a vocal group of… read more